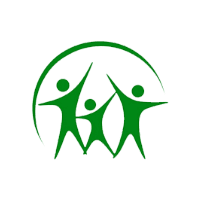 Flatfoot means your foot arches are so minimal that your whole foot touches the floor when you stand. This common problem affects many children and adults. It’s often a cause of soreness, and can also create problems with the way you walk. At CFP Physicians Group in Casselberry, Florida, the group of dedicated foot care experts offers flatfoot solutions to help you get out of pain and improve your foot function. Call the office, or book an appointment online.

Flatfoot is a condition in which the entire foot contacts the floor when standing. Both children and adults can have flatfoot, and in fact, it's normal in children up until about the age of six.

Around 10-20% of children have flatfoot all the way into their adult years.

Most cases of flatfoot are flexible, which means an arch is present while sitting but vanishes while standing. If you don’t have a foot arch, even when off your feet, it’s called rigid flatfoot. Rigid flatfoot is far more serious than flexible flatfoot.

When should I see the doctor about flatfoot?

If your flatfoot causes problems, it's time to seek help at CFP Physicians Group. Some reasons to seek care now include:

With children who aren't old enough to voice their discomfort, you might notice a change in their walking patterns or outward-tilting heels. It's especially important to get help for flatfoot if you have a disease like arthritis, which can greatly worsen your foot problems.

How is flatfoot treated?

For children, flatfoot may not require treatment because they often develop a natural arch as they grow. Some kids can benefit from custom orthotics and physical therapy if their flatfoot causes symptoms. For adults, flatfoot treatments may include:

It’s uncommon to require surgery for flatfoot. But, if you have rigid flatfoot and it doesn’t get better with conservative treatments, your CFP Physicians Group provider may recommend surgery to repair or reshape a damaged tendon or bone.

For flatfoot help, don’t hesitate to book your appointment at CFP Physicians Group by phone or through the online appointment maker today.